Foreword:  We continue to remain cautious with our Covid protocols and healthy as well, and hope the same is true for all y'all.  We know some others are not so lucky.  And we remind ourselves that students are called students because they still have a lot to learn – including basic common sense.  Our youth have an excuse for their occasional incompetence and idiocy.  The rest of us do not. 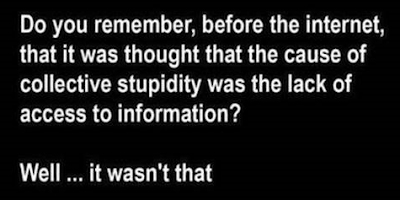 There’s nothing quite like a boat project (or two) to occasionally remind you that you’re not near as handy as you previously thought.  Or, perhaps, once were.  If you ever wonder why some vessel owners can seem rather humble at times, there is likely a causal connection to some boat project.  But since humility is a healthy sign of emotional maturity, we're OK with that.

Keeping ourselves and Ghost Rider healthy and happy while (still) confined to port was the main goal for August, mainly to be able to move to our RFYC hurricane hole should the tropical weather patterns call for that.  The official tropical forecast from the weather-guessers had just recently increased the expected number of named storms to 24 (yikes) and the expected hurricane count to 12 – which basically gave us the distinct potential for the equivalent of two full storm seasons packed into one.

Secondary goals included getting the dinghy davit (crane) back in operation and completing the Racor fuel filter conversions.  But neither of those was going very smoothly.

Both Ross (of Classic Marine) and Rick had been active in the hunt for replacement parts, mainly for the corroded hydraulic reservoir tank.  As it turns out, the hydraulic pump, motor and manifold assembly, which were theoretically still serviceable, have to be matched to the opening fitment on the reservoir, which was most certainly not serviceable, nor recoverable.

Basically that meant they had to be matched and replaced together as what’s known as an HPU, or hydraulic power unit.  Ross had found a potential third party source, but wasn’t certain it would fit in the limited space we had available in the base of the crane.  Rick had contacted the manufacturer, Aritex, located in Taiwan, and they committed to providing a factory original HPU for two and a half Boat Units….plus $500 USD shipping via DHL air freight.  And that’s the option we took.  (If you’re curious, a whole new hydraulic crane of similar capacity runs in the neighborhood of 20 Boat Units.)

The new HPU did not arrive here in the USA until 19-August, with the crate weighing in at 65 kilograms (143 pounds), and it took Rick 45 minutes to remove the 30 rather beefy wood screws securing the top and four cross members that secured the cargo inside.  Overall measurements of the new HPU matched up favorably with the old parts, but that’s where the similarities ended.  The motor was actually bigger, the hydraulic manifold was mounted in a different location, and electrical connections were lacking.  Ross took it to his shop where a lot of surgery is currently in progress to see if we can make it work.
Project Work

Our little “Racor conversion” project by now had morphed into something a bit more involved than originally anticipated.  After installing the fire deflector on the wing engine’s primary filter, we did the same for the transfer pump filter.  But after a couple days that one developed a slow leak.  Out of an abundance of caution Rick decided to replace all the remaining fuel bowls – after 18 years they were quite discolored – but in the end the real key was to not over-torque the brass nut securing the heat deflector shield to the plastic bowl...which would deform the sealing o-ring and allow fuel seepage.
In the process we had also found that three of our filter brackets required adding a 5/8” starboard backing plate to provide enough room for the increased diameter of the heat deflectors.  Rick also had to remove and relocate two “Algae-X” filters for the wing engine and generator.  There was some added frustration after discovering some of the Racor parts kits were missing o-rings or washers, installation instructions on washer sequence sometimes differed between parts kits, and at least one of the brass nuts used to attach the deflector to the fuel bowl was threaded for the old-style bowls from the 1990’s.

Eventually we got it all figured out and corrected.  We sourced most major parts from the Racor Store (LINK), but also tried Discount Racor (LINK), although they were painfully slow, delivered the wrong part, and we saw nothing resembling a discount from them. As mentioned in our previous post we sourced the UL rated brass draincocks and plugs from McMaster-Carr (LINK), and in contrast they were very prompt, and all of their stuff fit correctly.  As an extra precaution Rick applied Loctite 565 to the male threads of those draincocks during assembly, but that was likely overkill given their NPTF threads.

It took a lot longer than expected, but it was very satisfying to have converted the five Racor secondary fuel filters to a much safer, fire-tolerant configuration.
And An “Aw Shit” Event

Lastly, Rick managed to create a new maintenance opportunity during what should have been a routine activity….cleaning the A/C strainer basket.  But after removing said basket and while cleaning it dockside with a high pressure water hose, he lost his grip on it and the power of the water stream shot the thing off the dock like it was a Roman candle.  And straight into the marina basin.  He verified stainless steel strainer baskets do not float, and that we had no spare on board.

We did not want the boat to be without air conditioning in the stifling Florida humidity for the several days it would take a reasonably priced replacement to arrive.  So Rick found an overpriced one at the nearby West Marine and got the system back in operation the same day.  About a week later when the diver showed up for Ghost Rider’s monthly below-the-waterline cleaning, Rick asked him to scour the silty bottom, and he did manage to retrieve the wayward strainer basket.  So now we have a spare.

And Then There Was the Weather

The first half of August was just the typical hot, humid and stormy stuff in south Florida.  But the second half got more interesting.  By 19-August the NHC was tracking the next two systems, one in the western Caribbean (which would eventually become TS Marco) and another in the western Atlantic (and would be dubbed Hurricane Laura.)  While the former was not a factor for us, the latter was initially forecast to take direct aim at our area, and potentially at hurricane strength.

River Forest (our hurricane hidey hole) gave us some pretty short notice on a narrow arrival window; we decided against moving the boat there for a variety of reasons, not the least of which was low confidence in any of the early model calculations.  It was becoming clear that even the best of the predictive weather models were not dealing well with the changing climate conditions.  But we added extra lines and fenders to Ghost Rider just in case and kept careful watch on the evolving forecast.

Luckily (for us anyway) over time the predicted and actual path of Laura increasingly shifted to the south and west, eventually missing us by a full 500 miles.  The northwest Gulf coast was not so lucky, as the hurricane made landfall at Cameron, LA as a Category 4 storm packing 150 MPH winds and pushing 12 feet of storm surge in spots.

We’re now halfway through the tropical storm season, with only three months to go.  Stay tuned, we're sure as hell paying attention.