The intrepid sailor and circumnavigator, Eric Hiscock, once said “the only way to get a good crew is to marry one”, and there’s tonnage of truth in that.  And if you know anything about Ghost Rider’s crew, then you know our Chief-of-the-Boat (Michelle) is a list-maker.  All kinds of lists.  There’s always the “to do” list, but also lists of recipes, ingredients, galley supplies, durable foodstuffs, fresh produce, frozen food, shoes, whatever. And the shopping list.  She may have lists of lists. Fortunately, some time ago she discovered an application, called “AnyList” (LINK), which makes all that enumerating and cataloging very efficient.

Chelle has also been a long-time fan of the “The Boat Galley” web site (LINK) where Carolyn Shearlock has long advised cruisers on tips and tricks for the voyaging couple.  Carolyn asked Chelle to write an article on how she uses the “AnyList” app, and you can find the result of that collaboration at this LINK.  Note that while it’s mentioned as an option, we do not use the app for tracking boat parts or spares.  (For us that still remains in the realm of our Wheelhouse software.)

As for the davit’s new HPU, Ross’s machine shop is just now completing its modification work, which is fairly extensive.

Next up will be to install the modified HPU after which it will be necessary to make up new hydraulic hoses for the pressure and return flow.  So there is still a lot of work left before we’ll know if we can make it all work.

Along the way, the removal of the old HPU from within the base of the davit housing had exposed an electrical wiring run which goes through the boat deck level and down into the salon ceiling void area.  And that had started to leak rainwater inside the boat on the starboard side of the salon.  We took down the ceiling panel to locate the source, and then it was an easy task to apply some silicone caulk (at the boat deck level, inside the davit base) to resolve the issue.

While we were not exactly sure it was “broken”, the main engine’s raw water pump had developed a small oil leak at its engine block adapter.  That usually means a deformed o-ring, although there was the lingering doubt about more significant internal pump issues.  So Rick decided to remove and replace it with our spare pump with a new impeller.  That sounds simple, but access is a real bear, and it took him several hours over a couple of days.  Subsequent testing demonstrated the leak was resolved, and Rick then sent the leaking pump to the Depco Pump Company (LINK) in Clearwater for evaluation.  They were – as usual – very prompt, and recommended that both the pump’s internal water seal and oil seal be replaced; for $190 (on a $1600 pump) that was worth it.  It took all of three days to ship it, have it examined and rebuilt, and get it back into the spares bin.

When you acquire a boat – any boat – whether you acknowledge it or not it comes with its list of projects.  Whether you write them down or not is also immaterial to the reality, that list is there.  There is also a Murphy’s (maritime) Law that states any time you cross one project off the list, two more will appear to take its place.  It’s maritime magic.  If the Greek mythologists were more attuned they would have made Sisyphus a sailor.

Next up on our docket of boat projects was related to a time-based deadline, specifically the expiry date for the boat’s pyrotechnic signaling devices – primarily red flares and orange smoke.  For the record, those things expire at 42 months from the manufacturing date.  Our inventory included not only the hand-held flares and smoke devices, but also flare gun cartridges and SOLAS certified parachute flares, along with sea dyes.  An inventory refresh for a well-equipped voyaging vessel can easily run around $500 USD.

We have periodically tested expired pyrotechnics – New Year’s Eve and Independence Days are the best nights in the USA unless you want to entertain the consequences of an accidental SAR mission – and they’ve always worked.  Testing or practicing at any other time requires USCG and LEO notifications, and a securité call on VHF channel 16.

When we crossed the Atlantic back in 2017 we also had five vessels fire off an impressive variety of expired devices one night (quite literally in the middle of the Atlantic Ocean) and they all performed well.  The SOLAS parachute flares, by the way, were by far the most impressive given their brilliance, illumination time, and altitude / visible range.

The bottom line is if you store your pyrotechnic devices properly (waterproof container) and inspect them regularly (checking for damage), they will last for years beyond the expiry date.  But should you rely on expired stuff when safety is at risk?  Probably not.

But there is now another sensible alternative, and that’s the electronic Visual Distress Signal Device (eVDSD).  It’s only in recent years that these have received USCG and SOLAS approvals, sporting powerful LEDs which automatically emit the visual Morse code for SOS, built-in flotation, and user-replaceable batteries.  Replace the latter once a year and they never expire.  Combined with the standard daytime distress flag – and an arsenal of expired pyrotechnics – you can remain legal and safe for a one-time outlay of $89.95 (plus a few bucks annually for batteries.)  We chose the Sirius brand, but Orion makes a decent one, too.  There’s a good explanatory article at this LINK.

The next project was one that we had been debating for a while, and that was whether to upgrade our navigation software.  On Ghost Rider we use Furuno TimeZero Touch2 (TZT2) MFDs and also Nobeltec’s TimeZero Professional on the ship’s PC.  As you might guess from the shared “TimeZero” labeling, the software for both systems share an integrated architecture, so care must be taken to insure version compatibility between the two.  When Nobeltec introduced V4 of their TZ PC software in early 2020 it included a warning that its Furuno integration would break without the next version of TZT2 (version 7), so we waited for that.  Then the debate was whether the price was worth the gains. 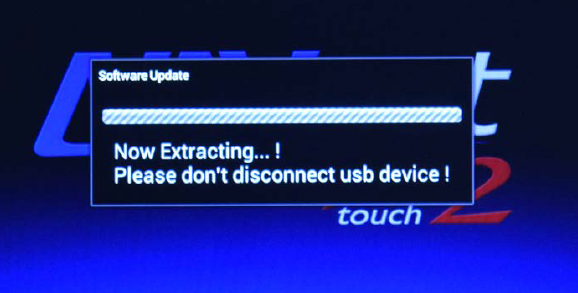 In the end the price tag was nominal (Furuno’s upgrade was a freebie, Nobeltec’s was not) and we did not want to be in an upgrade-limited box canyon, so we pulled the trigger this month.  While it was a distinct pain-in-the-ass to upgrade both systems, overall it went fairly smoothly.  The Furuno side of it required separate upgrades for each MFD (involving downloads to both microSD and USB flash memory) and took a couple of hours.  The Nobeltec side of it was predictably less time-consuming – it basically was your typical PC-based software upgrade, although we did hit the limit on number of routes it could convert and support (200), easily overcome by removing duplicates and unused “what if” routes.

Post-upgrade testing showed all functions to be ops normal, and Rick spent some time playing with most of the new features on both subsystems, all satisfactorily.

Finally, it was time once again to test out all of Ghost Rider’s bilge pumps.  The nuisance water pump (a Whale Gulper 320) gets a daily workout just expelling air conditioner condensate, but the other three dewatering devices require a special effort to verify their operation.  So Rick ran a dock hose down to the engine room, turned the nuisance pump breaker off, and flooded the bilge until the high water pump float switch kicked off the next pump (a Rule 3700) and triggered the high water alarm.  That revealed a problem, which turned out to be a blockage near the through-hull at the stern of the boat back in the lazarette; repeated cycling of the through-hull handle along with a coat hanger auger and a high pressure water hose took care of that.  (There’s a lesson here: we’ve discovered that any through-hull that has a 90 degree bend near its exit port needs periodic testing and cleaning.)

Next up was the manual pump (an Edson 638) which primed and pumped as advertised.  And last was the hydraulically powered emergency crash pump (a Pacer centrifugal model rated at 180 gallons per minute)….we leave that until last because that beast will completely empty a flooded bilge cavity in a matter of seconds – and it did (after priming.)  In the process our Monnit high water remote sensor also dutifully alarmed and sent its remote notification, so we declared victory.

To say that the tropics were – as predicted – heating up this month would be quite the understatement.  By mid-September the NHC's map of the Atlantic basin and adjacent seas looked like a video game of tropical pinball.  Here in Fort Myers we got all of 24 hours of notice when TD18 formed just east of Miami, and by the time it cruised past us a day later became Tropical Storm Sally, mainly as a rain event.  But by the time it reached the next shoreline at the Mississippi-Alabama border it had reached hurricane status and dumped about a year’s worth of rain there as it slowed to a crawl for several days.

Luckily all those other named storms got steered out into the Atlantic, pin wheeling towards Bermuda or otherwise heading into vast open ocean areas.  As the month progressed the number of storms finally exceeded the normal allocation of names (all 21) and progressed into the letters of the Greek alphabet.  Even the Mediterranean and the coast of Portugal encountered tropical systems this month.

Wait, why do we only use 21 letters of the alphabet, why not all 26?  Naming these systems has a long and tortured history, but first note that it isn’t NOAA/NHC in the USA that decides such things – it’s the World Meteorological Organization (WMO) international committee that does that.  They actually maintain lists of storm names for four separate ocean basins (one for the Atlantic/Caribbean/GOM, then three others for the different Pacific Ocean regions).  And there are actually six such lists for the Atlantic basin which rotate on a six year basis – except for when a really nasty storm gets its name retired.  The Atlantic list doesn’t use the letters Q, U, X, Y or Z because there just aren’t enough available (and recognizable) names that begin with those.

Towards the end of the month the tropics settled down for a spell, but we expect the activity will pick up again in October.  To make it more entertaining, that’s the time of year when such storms tend to originate closer to home – in the Caribbean and GOM – which tends to give folks less prep time.  We’re two-thirds of the way through hurricane season, but there’s more to come.

Afterword:  It’s only slightly humorous that many in the USA are acting shocked that their government has been lying to them about Covid-19 since late January.  As if that was a new phenomenon.  Just as interesting were those twisting themselves into knots trying to explain it away as some bizarre and nouveau form of leadership. We continue to look to science, wear our masks, keep our distance, and long for competent governance.